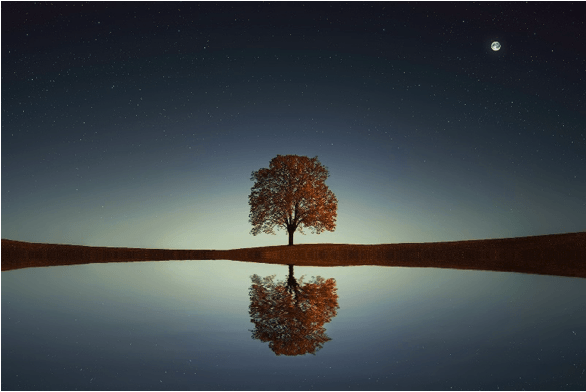 Helping Just By Being You

Written by Melissa Jacobowitz on March 26, 2019. Posted in Blog, PMAD.

[vc_row][vc_column 0=””][vc_column_text]Over the years I’ve had the opportunity to meet many women at all stages of the PMAD journey, including many survivors. One commonality I’ve sensed amongst many survivors is that itch to help.

But how? What can we do? We want to be open and have an impact.  We want to have a reason for “why this happened to us.” We want to protect other women.  We want these women to know that there are resources and they aren’t alone. I question myself though. I’m a writer for a couple of blogs and I’ve certainly written about my experiences. Is writing enough? Besides writing, I post often on social media about PMADs and related causes. And I’ll talk about my experiences with anyone who’ll listen. Is sharing my story at all helpful?  For me, it’s been 11 years since my youngest was a baby and it’s been 14 years since my true PMAD struggles. Am I still relevant?

The answers to these questions are a resounding YES, YES and YES! Even though I’m not running a support group or making worldly changes (yet!), I am most certainly making a difference by the little things that I’m doing. I’m reminded of this often. And I’m also reminded that these “things” aren’t exactly as “little” as I think they are.

An Old Friend Remembers My Story

A few weeks back a childhood friend reached out on Facebook messenger and shared with me that a friend at work had been struggling.

Hi Melissa – hope you’re doing well. I was speaking with a coworker/friend today who has been going through a rough time lately. Kind of a long story but it’s possible it may be postpartum depression. I remembered your story and even just sent her your article. I was wondering if it would be ok if she emailed you. If you don’t feel comfortable doing that maybe you could point her in the right direction. I was really inspired by your story and by your dedication to the cause. I’m not sure if this is what she has – but any info would be helpful. Thanks in advance.

My response:….Thanks for reaching out…I’d be happy to connect with your friend.  Whether it’s postpartum depression or not, I’m sorry to hear that’s she’s hurting.  Thank you also for your kind words….trying to help others and bring awareness is why I can’t keep quiet about it even tho it was so long ago.

This mom and I were able connect one recent Saturday afternoon. Mom shared that she has 3 children, ages 2, 4, 6, and after she stopped nursing her 2-year-old, she began to feel “different.” She didn’t know what it was, but she simply didn’t feel like herself and was having racing thoughts and feeling very anxious. Mom also said that she almost felt like she was living outside of her body. I chimed in with “Oh! Depersonalization! I remember that feeling” and she responded with a sigh and said that she didn’t even realize it was a real phenomenon – and even had a name! I spoke of times where I felt similar and she says, “You’re going to make me cry.”

Mom was finally speaking with someone who understood. I was someone who had similar experiences and I could relate to what was going on in her life. I couldn’t make it go away, but my words were eye opening. She knew that I “got it” and it was reassuring to know that she wasn’t alone. We probably chatted for about 30 minutes, with many “me too” moments – from both of us!

At the end of our conversation I referred her to the local support group in Westchester County (facilitated by a friend of mine). I ensured she had information about the upcoming meetings and the group’s Facebook page and recommended joining, if she felt comfortable. A few days after we spoke, I peeked at the “members” in the group and saw mom’s name there. I’m hoping she’ll get to a meeting or two, but either way she’ll receive the posts and daily inspirations from the other moms in the group.

As we’ve all become accustomed to, Facebook has many groups that we can join and there are no shortage of groups and resources related to PMADs.  Truthfully, I belong to so many PMAD groups that sometimes I feel numb to posts. It can get overwhelming and at times, even triggering, but there was a recent post that came across my feed where a mom was asking for a support group in lower Westchester or Southern CT.

Being that this was local, it caught my eye, as I knew I had information and resources to share. I chimed in on the post asking mom to message me and then I’d send her along some information. We chatted briefly via Messenger and I relayed the information about the local support group in Westchester. Again, I suggested that she join the Facebook group, where she would receive information on meetings, events and get to know some of the mothers. A couple of days later, as I was scrolling my feed, I noticed that mom had joined the group and commented on a post or two – and I was thrilled to learn that she attended the most recent meeting!

I felt a sense of satisfaction that maybe I played a small part in her healing process, but also a sense of gratitude that I had the resources to connect her to other women with similar experiences.

Do I Still Belong?

As mentioned earlier, my youngest is 11 years old. My eldest is 14 and it was after he was born that I suffered from PMADs, specifically Postpartum OCD. That brings us back to 2004/2005. There were no Facebook groups back then. There were hardly any support groups, let alone anyone who was talking about PMADs.

It took me over 14 months to be officially diagnosed and to find help. With therapy, medication and time I got better. The years went by and my involvement in the PMAD community grew. Through networking and an online presence, I met local women who had similar experiences. It definitely wasn’t a big audience, yet the connections were helpful.

In 2014, I met a local PMAD survivor who had started a support group.  For all intents and purposes, I was “cured” and while I didn’t “need” the group, I went to some meetings to stay connected, as well as to offer support and any resources I could as a survivor. And no matter how many years went by, it was still quite comforting to hear so many “Me too!” Over time, the group evolved, changed leadership and membership grew. Word was getting out and it was amazing to witness.

I attended meetings here and there, but I stopped going regularly – due mostly work and family obligations, but there were other reasons as well. First off, I hadn’t been in the throes of the illness for many, many years. In addition, I didn’t want any of the newer moms thinking “Oh my, her kids are older and she’s still coming to group! Why is this lady not cured? They told me I’d get better!”  I wanted to allow these women the freedom to share their stories. The group provides a safe space for women and it was their time to be heard and to share openly.

This past December, I decided to attend the last meeting of the year. I wanted to see all my ladies!  Towards the end I stayed behind with the group leader and another group member to catch up. The topic of “where have you been?” came up. I explained my thoughts – and the two of them completely disagreed with me!  The group member responds that she always remembers the words I had at the first meeting we were at together – that I found support and got better. My words gave her hope, and to this day, she always appreciated and remembered what I had said. They were both thankful that I came to the group of as a survivor and as an example that things do get better. Simply by sharing my survivor story, I did belong – and I was still relevant. And both of those were a help to the group.

Helping Can Be Subtle

Funny thing about this PMAD community is that when we are strong enough and out of the throes of this illness, we want to help in our own individual ways.  We come out of the illness with this determination that leaves us feeling like “Uh-uh. What was that? All I know is that I will not let another mother suffer like I did.”

If you feel guilty about not doing enough, or about not starting a support group or being active enough in the cause, think hard. You probably do more than you realize. Reflect upon yourself. Don’t be surprised if someone who remembers your story shares it and connects with you out of the blue about their friend who is struggling. And asks you to reach out to said friend. And when said friend feels confident enough, hopefully she’ll do the same with her own story and so on and so on. You can help just by being a survivor. You can simply help just by being you.[/vc_column_text][vc_separator][/vc_column][/vc_row][vc_row 0=””][vc_column width=”1/4″][vc_single_image image=”2537″ img_size=”full” style=”vc_box_shadow_circle”][/vc_column][vc_column width=”3/4″][vc_column_text 0=””]

Melissa Jacobowitz is a Bronx native who moved to Westchester County after she and her high school sweetheart got hitched in 1997. She and her husband currently live in Mount Kisco with their two children, Corey (14) and Mia (11). Melissa is a two-time survivor of Postpartum OCD. In order to raise awareness for perinatal mood and anxiety disorders, she volunteered for Postpartum Progress, which was a peer-to-peer organization to support women with maternal mental illnesses, and is an active member of the Westchester Postpartum Support Group. Melissa initially became interested in writing to just share her journey with Postpartum OCD, but has found that writing is newfound aspect of her life that she thoroughly enjoys. She was also a contributing writer with Suburban Misfit Mom and you can find her stories at http://suburbanmisfitmom.com/writer/melissa-jacobowitz/ Melissa is also a featured writer in the book “A Dark Secret,” which is a compilation of where 15 women share their stories of maternal mental illness from diagnosis to recovery.[/vc_column_text][/vc_column][/vc_row]

Melissa Jacobowitz is a Bronx native who moved to Westchester County after she and her high school sweetheart got hitched in 1997. She and her husband currently live in Mount Kisco with their two children, Corey (14) and Mia (11). Melissa is a two-time survivor of Postpartum OCD. In order to raise awareness for perinatal mood and anxiety disorders, she volunteered for Postpartum Progress, which was a peer-to-peer organization to support women with maternal mental illnesses, and is an active member of the Westchester Postpartum Support Group. Melissa initially became interested in writing to just share her journey with Postpartum OCD, but has found that writing is newfound aspect of her life that she thoroughly enjoys. She is also a contributing writer with Suburban Misfit Mom and you can find her stories at http://suburbanmisfitmom.com/writer/melissa-jacobowitz/ Melissa is also a featured writer in the book “A Dark Secret,” which is a compilation of where 15 women share their stories of maternal mental illness from diagnosis to recovery.

Copyright © by The Bloom Foundation All Rights Reserved

The Bloom Foundation is a nonprofit 501(c)(3) organization